It's Jimmy's second blog post and he's here to tell you why this lightly spiced pea-and-potato Samosa Pot Pie with a crispy, flaky puff pastry top is about to be your new favorite dinner.

For my birthday this year, I asked Jimmy to come up with a pie-themed menu. Everything had to be pie. Immediately, he knew he was going to make our favorite chicken pot pie. I requested he make my favorite chorizo shepherd's pie (the ensuing argument as to whether or not a shepherd's pie is technically a pie is one that continues to this day).

But then, because I had some vegetarian friends who'd be coming and wanted to make sure they had something to eat too, Jimmy improvised a recipe for a Samosa Pot Pie. (Well, actually, first he asked if our vegetarian friends could just eat salad, but he lost that argument).

And y'all... the samosa pot pie was so good. It's become part of our regular rotation of favorite weeknight dinners for those weeks when we know we'll have minimal time to cook.

Just like with the hot sauce, I asked Jimmy to write out the Samosa Pot Pie recipe for me to share. And again, he's gone and written a whole damn blog post for ya.

So, without further ado, here's Jimmy:

samosa pot pie: how to feed your vegetarian friends more than just salad

If I ever had the opportunity to attend a taping of The Kitchen on Food Network, my primary goal would be to start a pot pie chant. Jeff Zakarian would begin the show, announcing, “We’re going to make—" and I’d stand up and shout, “Pot pie. Pot pie! POT PIE! POT PIE!”

Seeing the fire in my eyes, everyone else would join me in solidarity. As the chant built to a crescendo, Sunny Andersen would look to a producer, and Jeff Mauro would probably wet himself. But they'd have no choice but to respect the wisdom of the chant. That episode's theme, which had once been “Sunday Funday Brunchday” would now be “Pot Pieday Friday.”

It’s probably for the best that the show doesn’t have an actual live audience.

The point I'm trying to make is I love pot pies. They’re a perfect dinner on those days where wearing pants feels like a “choice.”

Plus, pot pies reheat well and make great leftovers. They're savory, swimming in gravy, full of potatoes, and topped with flaky, buttery crust. They're the closest thing to a Thankgiving meal you can eat when you’re still months away from November.

You know what else I love? Samosas. Whoever invented samosas is a genius. Spiced vegetables and/or meat (shoutout to the Butter Chicken Samosa at Badmaash) wrapped in a triangular cone of dough and deep-fried? Hell yes. Like pot pies, samosas are also full of potatoes and covered in a flaky crust.

Do you see where I’m going with this?

...did you combine a samosa and a pot pie?

Yes, yes I did. It's literally the title of the post, I'm disappointed you even had to ask.

The Samosa Pot Pie came about because Rebecca wanted to host a pie-themed dinner party for her birthday this year and I had volunteered to do all the cooking. She asked me to come up with a pie-shaped dinner of some sort that her vegetarian friends could eat. Only, I didn't have a good vegetarian pie recipe on hand. What was I gonna do, serve them a quiche? Quiche is not pie! Quiche is quiche! Also, I hate quiche.

I know! I suggested that, but Rebecca asked me to, and I quote, “Not be an asshole about it.” Also, salad isn't pie-shaped. Keep up!

can’t argue with that.

I know! I tried! And I lost! Given the parameters of "pie-shaped" and "vegetarian," I first decided that I wanted to make something that, like a traditional pot pie, was calorie-rich and savory, because vegetarians always get shafted when it comes to delicious food.

Obviously vegetarians enjoy vegetables, but I refuse to believe anyone truly loves vegetables. Have you ever met someone who is like, “Mmmm that carrot was soooo good!”

no, and I wouldn't trust anyone who did.

Exactly, and I love you. (Although, if you do ever want to make someone say "Mmmm that carrot was soooo good!" you'll want this recipe from Serious Eats). My point is: I wanted vegetarians to go “Mmmmm.” So I thought about what vegetarian things I do like and how I could put. That. Shit. In. A. Pie.

Then — it hit me. Back in January, Chef John shared his recipe for Samosa Quesadillas which Rebecca and I both love. The filling would be perfect for a pie.

can I put meat in my samosa pot pie if I want to?

Short answer: Yes. Just make sure you cook it before you add it to the potato and pea filling.

Long answer: Recently, Rebecca and I had a total cooking fail. We were attempting a roast chicken recipe which called for a yogurt marinade. We mixed up the marinade, put the chicken in it, and let it sit for 24 hours. Only... we had accidentally picked up vanilla yogurt instead of plain yogurt and, after 24 hours of marinating, the chicken smelled like a goddamn cupcake.

We had already come that far so we decided to roast it anyway. In terms of technique, it worked beautifully. The vanilla was more of a scent than a flavor. So it actually tasted okay... as long as you pinched your nose closed while you ate. But the human brain isn't built to process a chicken that smells like desert. It’s like a horse complimenting your shirt. It’s just not supposed to happen.

Since we couldn't eat the chicken on it's own, we decided to chop it up and layer it in with the samosa filling to make our usual samosa pot pie into a chicken samosa pot pie. All the seasoning from the peas and potatoes totally masked the vanilla scent.

So, yes, you can add meat to your samosa pot pie. Just make sure to cook the meat before you fill the pie. I recommend using a rotisserie chicken from the grocery store. It spares you the time of cooking a chicken, and you can keep the bones to make stock later.

do I need to make my own pie dough?

NOPE. I hate making pie dough, too. The frozen, pre-made store-bought pie shells and puff pastry will do just fine. Of course, make your own pie crusts and puff pastry if you want to, you maniac, but you really, really don't need to.

This recipe makes enough filling for two pies, which is perfect because pie shells and puff pastry sheets are usually sold in sets of two. You're welcome.

do I need to do anything to the pie shells and puff pastry before using them?

If the shells are too frozen, they might crack when you poke the fork in. Letting them sit will help soften the pastry enough to not crack. And if they do crack, that's okay, they'll be fine — just let them sit another 10 minutes before you continue docking.

You do want the puff pastry dough to still be chilled to the touch when you use it so that you get those nice flaky layers. Once your puff pastry dough is unfolded, just take a rolling pin or the side of a wine bottle and roll it across the surface of the pastry sheet a few times to thin it out a little and smooth out the crease lines.

You'll also want to cut some slits into the top of the puff pastry crust once you've secured it to the bottom pie shell to let steam escape, otherwise your pie might explode. Use a small serrated knife in a vertical up-and-down motion to cut through the puff pastry without tearing it.

this seems like a lot to do in one night... can I make any of it ahead?

This is the best part!!! (Other than eating it). You can make the samosa filling one night, maybe use it to make some samosa quesadillas, and then the next night make your pie(s).

It'll stay good in the refrigerator for a few days and it freezes nicely, too. So if you only want to make one pie but save the other half of the filling for a quick throw-together meal in the future you have my absolute blessing.

you've convinced me! where's the recipe?

Look below you silly baby! 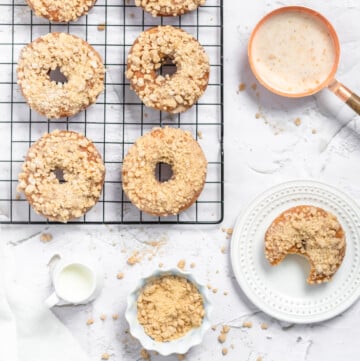 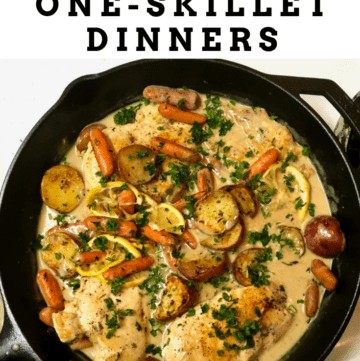 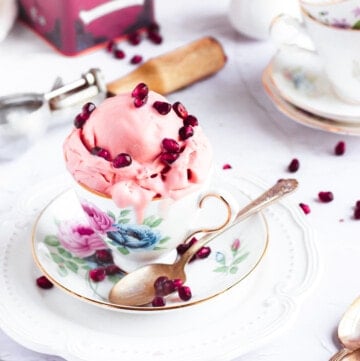