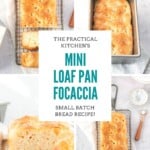 This small batch focaccia recipe uses just one cup of flour to make a mini focaccia that bakes up golden brown and fluffy on top with a crispy bottom in a standard loaf pan.

This mini loaf pan focaccia is the second entry in my "small batch recipes" series. Previously I shared my recipe for a single (epic) cinnamon roll and I had so much fun making it that I just had to try scaling down another one of my faves.

My deep, abiding love for focaccia is well documented, but that doesn't mean there's not room for another recipe.

This small batch focaccia recipe is perfect for when you want focaccia but don't want to use up 4-6 cups of flour satisfy that craving.

It's the perfect size bread recipe for if you're single or live alone and are cooking only for yourself, or if you're cooking for you and just one other person.

It's also great if there are any ingredient shortages (say, due do an ongoing global pandemic) or if you just want to avoid using up all your best baking ingredients.

For a full size version of this recipe, check out my overnight focaccia.

About This Mini Focaccia

This small batch focaccia recipe uses just one cup — ONE CUP! — of flour. That's it! And the final version of the recipe uses a heaping 1 teaspoon of yeast, which means one packet of yeast (2¼ tsp) can make two mini loaves of focaccia.

To develop gluten and give the focaccia strength and structure, this recipe uses a technique called folding to "knead" the dough.

In early versions of the recipe I was doing folds every 5 minutes, but that made the gluten too tight and the dough didn't relax nicely into the pan.

The final version of the recipe calls for folds every 15 minutes for 30 minutes (two sets of folds) which is extra nice because it's much more hands off for you!

Here's what you'll need to make this mini loaf pan focaccia. No fancy or hard to find ingredients, and you can definitely get creative with your toppings!

Mixing this small batch mini focaccia dough is very simple and doesn't require any fancy equipment. If you have a bowl, a spatula, and at least one hand, you can mix this focaccia dough. Also, I believe in you. And you are capable of making great bread.

Start by combining the flour, sugar, and salt in a medium sized mixing bowl. Pour in the warm water, then sprinkle the yeast on top. Let it rest on the surface of the water for 30-60 seconds to hydrate slightly, then pour in the olive oil.

Mix with your hand or a spatula, slowly incorporating more flour in from the sides until you have a messy ball of dough in the middle of the bowl.

Fold the dough over itself a few times to start building some structure in the gluten network.

I usually switch to my hands at this point, but you can stick with a spatula or bowl scraper if that's easier.

It will be quite messy and sticky. That's normal; don't panic. Just get the dough in a loose ball shape. Cover and let it rest for 15 minutes.

The "slap and fold" is a technique used to add structure and strength to bread doughs in place of kneading. It's particularly useful for very sticky, high-hydration doughs.

Usually it's done on a countertop, but because this mini focaccia recipe is so small, you'll be doing a modified mini version of the slap and fold in the bowl.

I've included video gifs below so you can watch how to do it yourself.

The dough will get easier to fold each time as it builds strength and structure. Make sure you're rotating the dough 90 degrees between folds so that the gluten is being stretched in all directions.

As you repeat the folding and resting process, you're building a criss-crossed network of gluten inside the dough that will trap air bubbles and enable the dough to rise. If you only fold in one direction the dough won't have the strength it needs.

Here's what the dough looks like after one, two, and three sets of folds.

TIP: If the dough is sticking to you, wet your hands with water or a tiny bit of oil. Not too much or you'll add too much water to the dough, but just enough to prevent sticking!

After you finish the last set of folds, transfer the dough into a greased and oiled loaf pan. The grease (non-stick spray) prevents sticking, while the drizzle of olive oil gives your mini focaccia a gorgeously crispy bottom.

Gently stretch the dough into a vagely rectagular shape. It likely won't fill the whole bottom of the pan yet, that's okay. Cover and let it rest somewhere warm (70-75F) for one hour.

After about an hour, the focaccia dough will have relaxed and expanded into the pan. It may not fill out all the corners, but it will have filled out a lot more of the pan.

Drizzle the dough with a little more olive oil, and rub some olive oil on your fingers too. Now, it's time for the most fun step of all: DIMPLING.

Cover the loaf pan and let the focaccia rise for another 30-60 minutes in a warm spot. The dough will rise and bubble up in the pan.

Right before baking, drizzle one more glug of olive oil across the focaccia and add any herbs or finishing salts you want to use.

Bake for 20 minutes at 400F until golden brown on top. Let cool in the pan for 5-10 minutes, then turn it out onto a sheet pan to finish cooling.

Generally you can use the two fairly interchangeably, although active dry yeast can sometimes take a little longer to rise because that shell takes time to dissolve.

I encourage you to use instant yeast for this recipe to get the best results.

If you only have active dry yeast: Use 5 grams instead of 3 grams. Sprinkle it on top of the water, give it a stir, and then let it sit for 3-5 minutes instead of the 30 seconds the recipe calls for. This will help that shell dissolve before you start folding the dough and will allow the yeast to get to work faster.

With a loaf this small, I usually either slice it into thin ~2" strips and eat it like a breadstick, dipping it in soup or as a side with spaghetti, but it's also a fantastic sandwich bread.

For sandwiches, you'll want to slice it across the middle so you have two square-shaped halves of the loaf. Then slice them in half, separating the dimpled top from the crispy bottom and fill them with your favorite sandwich toppings.

For crispy garlic breadsticks, slice the focaccia into thin strips, arrange on a lined sheet pan, and top with minced garlic (or garlic salt), dried basil and oregano, and grated parmesan cheese. Bake at 350F until the cheese melts and starts to brown. These are super tasty for dipping in tomato soup!

Because of how oily and salty focaccia is, it's best eaten on the same day you make it. The salt draws moisture out of the bread, which means after 24 hours it becomes quite dry.

To revive day old focaccia, slice it thin and toast it in a skillet with a bit of butter. And if, somehow, you do have any leftovers from this mini focaccia, you can freeze it in an airtight bag.

Can I make this mini focaccia with whole wheat flour?

I haven't tried it, but a good rule of thumb for using Whole Wheat flour in any recipe is that you can replace up to 25% of the flour with WW flour. That would mean replacing 30 grams of the AP flour with WW flour. So you'd use 90g AP and 30g WW flour here. I wouldn't recommend using all whole wheat flour, because it's a much tougher flour that absorbs a lot more water — it's very rare that whole wheat recipes use entirely WW flour. You may also need to add a little bit more water or use very wet hands while you're doing the folding to make up for the fact that the whole wheat absorbs so much more liquid. If you give it a try, let me know!

Can I make this mini focaccia with sourdough discard?

I haven't tested this, so can't say for sure. Using sourdough discard alone won't work, however. It doesn't have enough rising power. You'd need to use active sourdough starter and it would likely change all the timing of the stretching and folds and stuff.

UPDATE 4/12/21 — A huge thanks to my volunteer recipe testers Beth, Sarah, Lisa, Cecile, Kelly, Rachel, and Christine who gave this a try after someone commented that the dough was "impossible to handle." They gave me some great feedback and sent so many gorgeous photos of their own focaccia loaves. 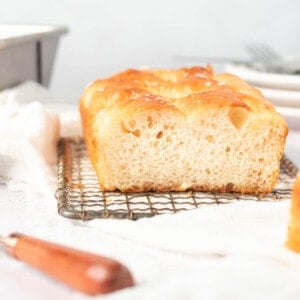 Rebecca Eisenberg
This scaled down recipe uses just one cup of flour to make a mini focaccia that bakes up golden brown and fluffy on top with a crispy bottom in a standard loaf pan.Update 3/10/21 — I've given this recipe a makeover to increase the hydration of the dough so it's easier to work with and produces an airier focaccia with a more reliable rise. See notes for the original recipe adjustments.
4.79 from 23 votes
Print Recipe Pin Recipe Save Saved! Email
Prep Time 30 mins
Cook Time 20 mins
Resting Time 1 hr 30 mins
Total Time 2 hrs 20 mins
Course Side Dish
Cuisine Italian
Servings 1 loaf

Click here to add your own private notes. Only you can see these.
Tried this recipe?Leave a comment and let me how it was!
« flaky brown butter cinnamon roll pancakes
corn fritter avocado 'toast' » 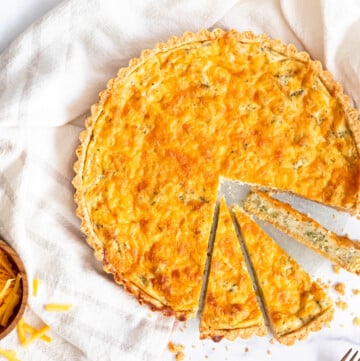 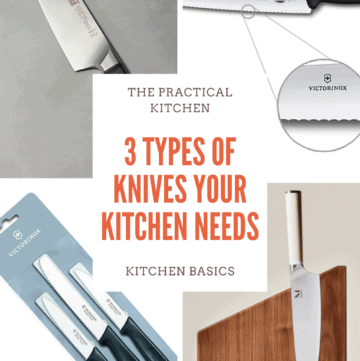