For a dinner that comes together fast, requires minimal cooking, and makes everyone happy, look no further than Tuna Newberg.

Tuna Newberg is my ultimate practical dinner. Ninety percent of the ingredients are shelf-stable pantry staples (try saying that three times fast) you probably already have on hand. It's the perfect recipe for those nights when you toss your more complicated dinner plans out the window in favor of staying in and keeping it simple.

You probably won't ever serve tuna newberg to guests. But it’s the kind of dish you turn to when you've had a bad day, or you're feeling tired, or you want to make something affordable that you can eat all week long. You can even serve it as a sort of cozy creamed tuna on toast situation.

It's like a warm, weighted security blanket in food form.

If you're looking for other comforting tuna dishes, check out tuna patties, deli tuna salad, and tuna melt hand pies.

⭐ Why I Love Tuna Newberg

It's hard to put what I love about Tuna Newberg — an absolute favorite dinner of mine since before I could talk — into words that sound immediately and universally appealing. It's my family’s ultimate go-to comfort food. It's that one dish we all request when we're home.

My siblings and I have a running joke that Tuna Newberg is so good that if any of us were ever to appear on Chopped, we'd forgo the basket ingredients to make Tuna Newberg, and win with it every round. So what is Tuna Newberg, exactly? It's a thick, creamy tuna sauce served warm, over rice.

Tuna Newberg probably won't necessarily look pretty on Instagram (good luck, future me, trying to photograph it!) and it might use more mayo than you're used to. But it is a delicious creamed tuna sauce that tastes as good as a hug feels.

My grandma made tuna newberg for my mom and her brothers, my mom made it for me and my siblings, we now all make it for ourselves, and now I am passing it along to all of you. It's even caught on with my husband's grandparents who now make it regularly.

You will not find this recipe anywhere else in the world. Believe me, I've tried.

For a while, my best guess as to where this Tuna Newberg recipe came from was that my grandma found the recipe on the back of a jar of mayo or a can of tuna. I've tried looking up over the years with zero luck. In writing this post, I wanted to track it down, once and for all, but again, the internet turned up nothing.

Finally, my mom suggested I reach out to an old family friend, a woman named Irene, who used to help my grandma around the house. Not only did Irene remember it immediately, it turns out that it's an original recipe that my grandma came up with — or at least, that's what my grandma told her.

I wish I could ask my grandma where her inspiration for Tuna Newberg came from or how she developed the recipe. Unfortunately, I can't. But what I can tell you is that it's the much-more-affordable, easy-to-make cousin of a traditional newberg, like a Lobster Newberg or seafood newberg.

The final key difference: Tuna Newberg is best served over rice, while traditional newbergs are more likely to be served over long, buttery noodles.

First, chop and sweat a sweet onion in a large, deep skillet until it is soft and slightly translucent.

Then, add the drained tuna straight from the cans to the skillet and cook (well, heat) it using a spatula to break up the bigger chunks. I like to add a little salt and pepper at this stage (as you can see in the photo below), but you don't have to.

Then, whisk together the milk, mayonnaise, flour, oregano, paprika, salt, and pepper. I like to do this in a large 4-cup measuring cup so it's easier to pour.

Whisk very well to make sure the flour lumps are completely broken up.

Add the milk mixture to the tuna and onions and stir well. The milk and mayo will cool the pan on contact.

Give the tuna newberg some time to come back up to temperature over a low-medium heat. It will start out quite pale and liquid, but will thicken as the starches from the flour heat up.

Stir frequently to make sure nothing is getting stuck to the bottom of the pan as the mixture warms up.

You want it to reach a very low simmer — a few bubbles coming to the surface every few minutes. Adjust the heat as needed to keep that very slow bubbling going.

Cook covered for 15-20 minutes, stirring occasionally, then uncovered until thickened (5-10 minutes more). Adjust seasoning to taste. Don't be afraid to really amp up the oregano or paprika if that's what speaks to you!

Serve over rice. Or serve the next day cold, on rice cakes or with crackers.

Can I make tuna newberg with canned chicken or canned salmon?

I haven't personally tried it, but I know other people have because they've left comments on this post letting me know that it worked for them. If you've tried this with any other protein or dairy subs, do leave a comment and let me know!

Is this the same as the creamed tuna MY grandma used to make?

I don't know! Since publishing this recipe, a lot of people have reached out to tell me that they grew up with similar recipes. Some had celery, some were served over toast, others yet had peas in them. They were similar but not the same.

What else can I add to tuna newberg?

Sweat some celery with the onion, add frozen peas or corn with the tuna, a pat of butter with the oil at the start for some richness, capers if you're feeling fancy... There's so many things you can add here, it's really up to you and what tastes good to you!

This post was updated on 1/26/2022 with new photos, even more ingredient notes, tips, and more.

More than any other recipe on this entire blog, Tuna Newberg is the one I'd love to hear about if you make. Please leave a comment below, or tag @the.practical.kitchen in your Tuna Newberg pics on Instagram or Facebook with the hashtag #thepracticalkitchen! 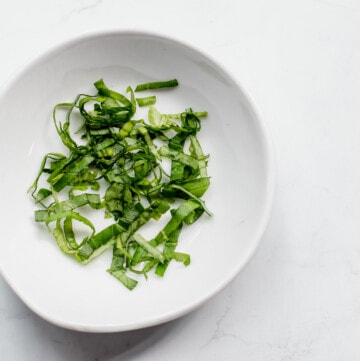 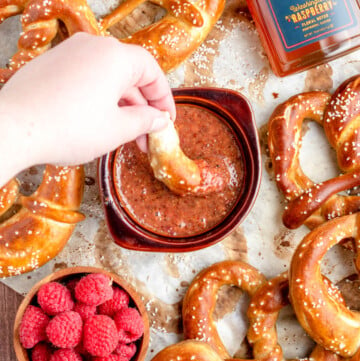 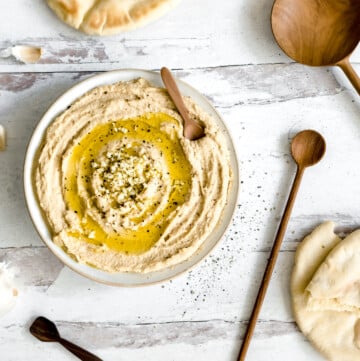