Hello, and welcome to yet another edition of ugly-but-tasty canned tuna dinners from my childhood. Previously, we have featured tuna newberg. Today, we're here to discuss tuna cakes (aka tuna patties) with lemon-dill aioli.

These tuna cakes are the perfect way to use up leftover mashed potatoes. And they're so easy to make you'll have more than enough time to make a lemon-dill aioli dip from scratch.

These breadcrumb-coated tuna patties get their structure from the addition of mashed potatoes. They're easy to make, fun to assemble, and reheat nicely as leftovers. Even better? They're affordable af, and use largely shelf-stable ingredients that are easy to keep on-hand.

Tuna cakes are only as complicated as you choose to make them. I've written the recipe to start from scratch, using 2 medium russet potatoes, which you prep in the microwave. But, like I said, they're also a great way to use up leftover mashed potatoes or you can use a packet of prepared instant mashed potatoes in a pinch.

I honestly can't remember what my mom used to serve these with and she can't remember where the recipe came from. But, what I love about a simple af recipe like this is that it's a great opportunity to put more effort into sides, sauces, or dips. In this case, I went with a rich, lemon-dill aioli. Which I made from scratch.

I know! Making an aioli from scratch seems like a lot of work, but if you have an immersion blender this recipe is going to blow your mind. It's so simple, but the end result takes this budget meal to a whole new level without breaking the bank.

That said, if you don't have an immersion blender or don't feel like making aioli from scratch, scroll down to the recipe notes for how to adapt to use jarred mayo. Or, heck, serve them with gravy. They'll be great either way!

how to make tuna cakes

If you're starting from scratch, you'll wash your potatoes, pierce their sides (so they don't explode) and microwave them in a bowl with a small amount of water for 5 minutes on one side, then 5 minutes on the other. I picked up this method from Priya Krishna's Indian-ish cookbook and it honestly makes potato prep so much easier. Once they're out of the microwave, you'll let them cool slightly and then the skins should just peel right off.

Once they're cool enough to touch, you mash them. If you don't have a potato masher, you can use your immersion blender, a muddler, two forks, or even a meat tenderizer. You can add the salt and up to a ¼ cup milk here if the potatoes need a little help mashing, but it's actually a good thing if they aren't perfectly smooth and creamy — you want them to have some structure to them.

In a separate bowl, you'll mash the drained tuna and a squeeze of lemon juice with a fork to break up any chunks before adding it, along with the rest of the ingredients (minus the bread crumbs) to the mashed potatoes.

Once they're all combined and mixed together, use your hands to form the mixture into balls, roll the balls in bread crumbs, and flatten them into discs in a large casserole dish.

They cook for 45-50 minutes total at 400F degrees. You'll need to flip them once half way through the bake time, but otherwise that's it. Now you've got plenty of time to make that lemon-dill aioli.

how to make lemon-dill aioli

Aioli is basically just fancy, garlicky mayo. (Okay, it's actually a little more complicated than that.) But for the purposes of this blog post that's how we're going to treat it.

Mayo is an emulsion of egg yolk, olive oil, and some sort of acid like lemon juice or vinegar. You make an emulsion by whipping or whisking two liquids that don't normally combine (like water and oil) together so quickly that they have no choice but to mix.

Some emulsions are unstable — meaning the two ingredients will eventually separate again — but mayo is a stable emulsion. Once you whip it (whip it good) there's no separating it back into its original ingredients.

All that is to say that while you can make mayo by hand with a whisk, I swear by J. Kenji Lopez-Alt's Two-Minute Mayonnaise from the Serious Eats website. First, you pulse the egg yolk, lemon juice, salt, and dry mustard together using the immersion blender. Then, you begin adding the oil. It's crucial that you don't add the oil too quickly or the emulsion will break.

With the immersion blender running, slowly drizzle in half of the oil. If you have trouble holding the blender AND the oil AND the cup you're blending in, put the cup on top of a folded kitchen towel on your counter to hold it in place.

Once you've incorporated the first half of the oil, add the second half of the oil with the blender running. You can add it a little faster than you did the first time, since the mixture has begun to stabilize, but don't add it all at once or you risk it breaking.

If you prefer a thinner mayo texture, add more oil or additional lemon juice until you achieve your desired consistency and flavor.

Once you have your mayo, add the dill and smashed garlic and pulse to combine. Then, taste it.

If the lemon flavor is too subtle, add a squeeze more lemon juice. If it needs salt, add salt. Want some pepper? Add pepper. More garlic? Add more garlic. Heck, you could even add a pinch of garlic powder. If it's too lemony, add more oil, the way you did before — drizzling it in as the immersion blender runs.

Make each adjustment a small amount at a time, tasting in between, until you reach your desired flavor and consistency.

Serve the tuna cakes hot and the aioli cool or room temp for dipping. 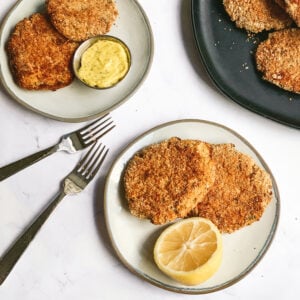 Click here to add your own private notes. Only you can see these.
Tried this recipe?Leave a comment and let me how it was!
Main DishesLemon
« 5+ Favorite One-Skillet Dinners
Lemon Berry Blondies » 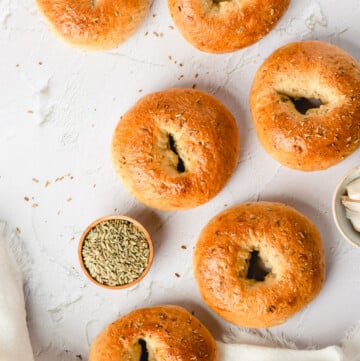 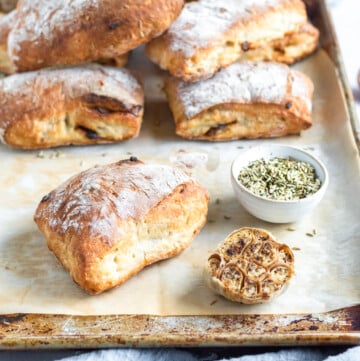 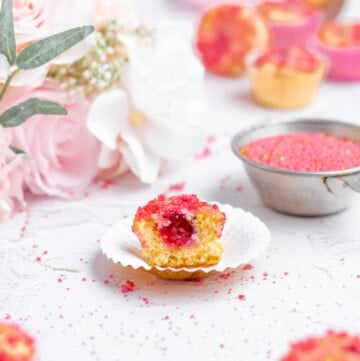