Hello, happy Monday. Let's get right to it. There's a reason I've made a point of sharing my favorite recipes for corn tortillas, carnitas, guacamole, hot sauce, and salsa. This post is that reason. Move over, Taco Tuesday, it's time to talk about Taco Week.

Taco Week is what happens when you combine bulk cooking with fresh ingredients to create a week of dinners that requires little effort for maximum flavor. It's basically a DIY taco bar, only you eat it all week long.

At the end of this post I've included a few mini recipes for some of our favorite taco toppings, but you should absolutely feel free to run wild with whatever you like best.

When I was a kid, taco night was when my mom served what was essentially a deconstructed salad that we ate out of hard taco shells. It was good. It was fine. (Sorry, mom.) My tacos were filled with cheese and olives because I thought lettuce was gross and onions were "spicy."

It wasn't until college, really, when Jimmy introduced me to Qdoba, that I had any concept of tacos being anything more than that. And it really wasn't until I moved to L.A. that I truly began to understand the whole wide world of taco possibilities — and I know I've still only scratched the surface there.

My point is this: I've learned a lot since a satisfying taco consisted of black olives and shredded cheddar inside an actively collapsing hard taco shell!

And that's what this post is really all about. I'm going to break down everything you need to know to make A+ use of leftovers and eat fresh carnitas tacos — with homemade corn tortillas, no less! — all week long, with minimal effort.

week of tacos: the game plan

The true beauty of this plan is that you can choose whether to buy or make each of these components from scratch.

Don't want to make your own tortillas? Buy them! Really want to make your own hot sauce? Go for it! Vegetarian? Skip the carnitas and use this bulk method of cooking chickpeas instead. Looking to create a DIY taco bar for a party instead of stretching it out over the week? You'll barely need to double the recipes to do so.

There's a million and one ways to make this DIY taco bar your own, so I'm just going to tell you what we do, and you can pick and choose which pieces of it make sense for you.

In our house, a full carnitas taco bar includes the following:

I know it seems like a lot, but with the right prep in advance, it's a breeze to pull off four nights in a row.

This list makes enough for two people to eat 3 tacos each for 4 nights, a total of 24 tacos. (Why not 5 nights? Because we always plan one free night in case we have plans at the last minute or are tired and just don't feel like cooking).

And, tbh, we usually have some carnitas left over — we either freeze them or use them for a fifth night of tacos if we feel like it.

This is probably the day with the most work, only because you have to finish the carnitas AND make your tortillas AND make the toppings.

While the tortillas are steaming after coming off the skillet, make your taco toppings:

Get out your crumbled cotija, hot sauce, and salsa, and arrange all your taco toppings on the table. Assemble your tacos and enjoy!

The final night! The way our tortilla math (ugh, math) works out, on the final night of Taco Week we don't actually need to make a new batch of tortilla dough. Let me explain.

One batch of corn tortilla dough makes enough 8 tortillas. Since we each eat 3 per night, I make a new batch of dough on the first 3 nights, BUT!!! I only press 6 tortillas each night.

I save the remaining dough balls in the fridge and, by the final night, I don't need to make any new tortilla dough because I have exactly 6 balls of dough left from the night before.

Just like the previous nights, while the tortillas steam, you'll make your crunchy greens, quick pickled red onions, and guacamole.

If you have leftover carnitas: Freeze them! Put them in an airtight container or bag in the freezer. They'll stay good up to 3 months and are incredibly versatile. 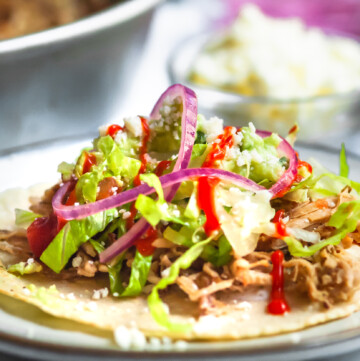 Greek Yogurt/Sour Cream Sauce (make ahead, use all 4 nights)

each night for dinner

Click here to add your own private notes. Only you can see these.
Tried this recipe?Leave a comment and let me how it was!
Cooking TipsMain Dishes
« Broccoli Stalk Soup
a non-vegan's guide to creating a vegan dinner party menu [LINK] » 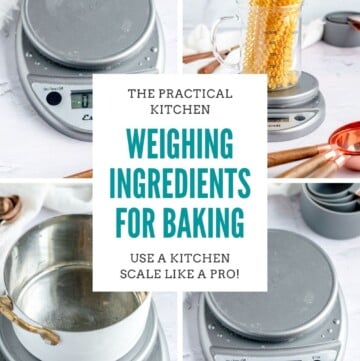 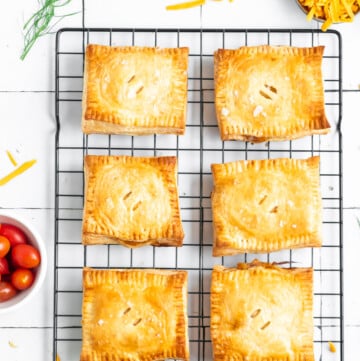 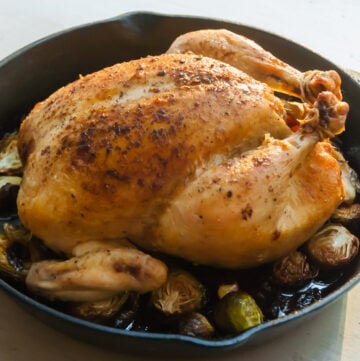