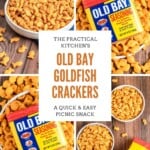 Can't get your hands on a bag of the official Old Bay x Goldfish collab snack crackers? Now you can make your own in just a few minutes!

These Old Bay Goldfish crackers are such a good easy snack to make for picnics, barbecues, pool parties, movie nights, and school lunches.

Looking for other snack recipes to serve with these Old Bay Goldfish? Try my recipes for Spicy Goldfish Crackers, Chex Mix Popcorn, Chocolate M&M Popcorn, or peanut butter stuffed Patty Cakes. You may also like my Old Bay Fries with Lemon Horseradish Dip!

I'm going to be honest — when I decided to make a recipe for Old Bay Goldfish, I thought it would be simple. One test and done, bam. But accurately replicating the magic of the original collab was harder than I thought!

The final recipe itself? The one I'm sharing with you here? Easy peasy. But getting there, well, it took a few tries.

As soon as I heard that Old Bay and Goldfish were teaming up to make an Old Bay flavored Gold Fish cracker, I ordered them immediately. (It's a good thing, too — they sold out in about 9 hours!)

Goldfish are one of my favorite snacks and ever since we lived in Baltimore, Jimmy has been obsessed with trying Old Bay flavored everything. I don't eat seafood, so I was initially skeptical, but its very much grown on me.

My review of Old Bay Goldfish is a whopping 15/10 gold stars, 800 thumbs straight up, a million high fives, all of the biggest gold metals in real gold, etc, etc. They are quite possibly my new all-time favorite Goldfish flavor.

Their powers combined make a snack that tastes like they were meant to be eaten this way. It's a snackable meet cute of romcom proportions. A meet cute you can eat.

So of course I had to figure out how to make them myself.

But no matter what ratio of seasonings I used, they just didn't taste quite right. There was some ~mysterious~ flavor to them that just wasn't there in the Old Bay version.

I went through like four test batches trying to figure out what it was before Jimmy came to the rescue by doing the obvious: He double checked the ingredients list on the Old Bay collab bag. *facepalm* It turns out there was NO CHEDDAR in the Old Bay crackers. What??? How had I missed this??

At this point, the blog post I was drafting in my head went like this: "These aren't a perfect dupe for the official Old Bay Goldfish because those ones don't use Cheddar and non-Cheddar Goldfish don't exist and I'm not about to make them from scratch...but Cheddar Old Bay Goldfish are still pretty good!"

HOWEVER, that is NOT the blog post I'm writing. Luckily I brought some of those test batches over to my in-laws last weekend, because about 5 seconds into telling my mother in law, "It's a shame plain Goldfish don't exist," she interrupted me to say, "But they do."

Excuse me while I *facepalm* again. ORIGINAL GOLDFISH ARE A THING??!?!?! Cheddar Goldfish aren't the original Goldfish cracker? Did you know? I did not know!

Original Goldfish are basically soup crackers. Kind of like oyster crackers, but saltier and in the shape of little fish.

We ran to the store, grabbed two bags, and gave my best version of the Old Bay Goldfish recipe a try. They were perfect. The "Original" Goldfish crackers were what was missing all along.

How to Make Old Bay Goldfish

Pour the Goldfish crackers into a large mixing bowl. Have a sheet pan ready to go, and preheat the oven to 250F.

Whisk the Old Bay and MSG into the melted butter before adding it to the crackers.

Stir until the crackers are fully coated with the Old Bay butter.

Adding the seasoning to the melted butter first helps get an even coating on the Goldfish crackers.

If you pour the butter on and then sprinkle on the seasoning, or if you use a butter flavored cooking spray, the Old Bay seasoning gets clumpy when you start stirring.

Pour the Goldfish crackers onto a sheet pan and spread them out in an even layer. Place the sheet pan in the oven to "bake" the crackers for about 20-40 minutes.

This step is less about baking the Goldfish and more about drying them out and getting the Old Bay to stick. Depending on how much butter the crackers absorbed during mixing, and how crowded your sheet pan is, they might dry quickly or may need more time.

The oven temperature is so low they're not at risk of burning (you can leave them in for an hour or two, even and they'll be fine). You just want them to be completely dried throughout.

Hint: Give the sheet pan a quick shake or stir every 10-15 minutes to check on how they're drying, and to prevent them from sticking to each other.

You can taste them right out of the oven, but just like when you make Homemade Chex Mix, it's best to let them cool completely first. You really can't get a sense of the flavors until they're cool.

This recipe is so simple and easy, you can definitely follow this process with other seasonings to make it your own!

As long as your homemade Old Bay Goldfish been completely dried throughout before you store them, they have about the same shelf life as regular Goldfish crackers.

You don't want any trapped moisture when you store them!

A Brief History of Old Bay

Did you know Old Bay was created by a Jewish immigrant fleeing the Nazis during WWII? As reported by The Nosher and The Washington Post, Gustav Brunn was a successful Jewish spice merchant in Germany who arrived in Baltimore in the late 1930s, post-Kristallnacht.

He founded the Baltimore Spice Company (which was sold to McCormick in 1990). At first, Brunn sold spices individually, but then created his own unique blend. To make it harder to replicate, he added a few unique ingredients, like cinnamon and nutmeg.

Those spices turned out to be crucial additions to the Old Bay flavor, bringing out the best in the primary ingredients (paprika, celery salt, etc). Brunn gave a few free samples to the local fish merchants and the rest is history!

Can I use Cheddar Goldfish to make Old Bay Goldfish?

Yes! It's a pretty good combo, imo. The cheddar flavor is pretty assertive, though. The "Original" Goldfish are just the best ones to use to accurately replicate the official Old Bay x Goldfish collab crackers.

Where can I buy Old Bay Goldfish?

This is a limited edition Summer 2022 product, and can be found in grocery and convenience stores, Target, and online at the McCormick website. 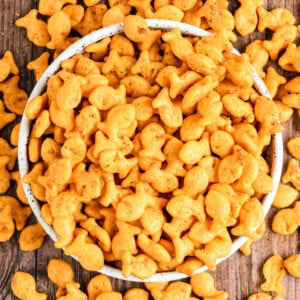 Click here to add your own private notes. Only you can see these.
Tried this recipe?Leave a comment and let me how it was!
Snacks
« Flour Storage Containers That Fit Five Pounds of Flour
Black Cocoa Crinkle Cookies » 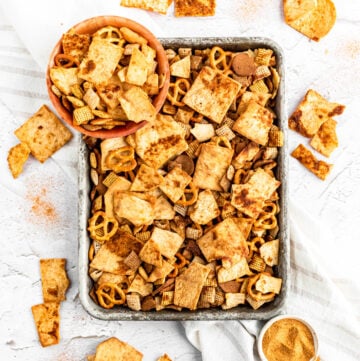 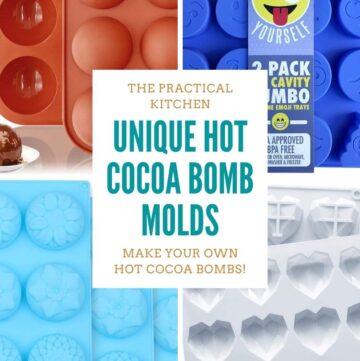