This 6-ingredient banana bread recipe will never give you up, let you down, run around or desert (dessert?) you. It’s super easy to make and even easier to adapt.

Long before I ever made my first batch of bagels, I made this banana bread. The recipe is originally from a booklet that came with an Oster "Kitchen Center Food Preparation Appliance" my parents got as a wedding gift in 1984 and, while the machine crapped out somewhere around 1991, the banana bread recipe has truly lasted the test of time.

Every now and then I try a different banana bread recipe, curious if different ingredients, more ingredients — honey, brown sugar, orange marmalade, bourbon, maple syrup, whole wheat flour, etc. — will produce a superior loaf of banana bread. But this is the recipe I always come back to.

This banana bread is moist and flavorful with a slightly sticky, perfectly cracked-open top, and flecked throughout with evidence of the bananas that make up the batter.

The recipe itself is beautiful in its simplicity: Six ingredients, mixed together in a bowl, then baked for exactly 1 hour and 10 minutes. No more, no less.

If you're a beginner baker, this is an ideal recipe to familiarize yourself with. It's endlessly customizable and incredibly forgiving. Start with those key six ingredients, and from there you can experiment to your hearts content.

the best bananas for banana bread

Sometimes, I buy bananas because I want to make banana bread. Other times, I buy bananas to eat for breakfast, only to forget about them (because bacon tastes better) and they sit on my counter for a week turning brown. Luckily, that's EXACTLY what you want your bananas to look like when you're making banana bread. They should be brown and slightly mushy, but not deeply bruised and definitely not moldy.

Some banana bread recipes call for you to mash your bananas in advance but I've found that this recipe works best when you just toss whole banana chunks right into your mixer. Let the paddle do the hard work of breaking them down.

how to freeze bananas

If your bananas are going brown faster than you're ready to make banana bread, peel and freeze them in a bag until you're ready to use them. Defrost them thoroughly before use.

When you defrost bananas, you'll notice there's some excess liquid in the bag which you can discard. While the normal banana bread recipe calls for 3 non-frozen bananas, if you're using defrosted bananas, you'll want to use 4 bananas instead to make up for the liquid lost in defrosting.

This recipe calls for vegetable shortening — an ingredient that was popularly promoted as a "healthy alternative to saturated fats" in the 80s and 90s, but is seen far less often in recipes today due to an increase in concern about trans fats (just another reminder that what we consider "healthy" is often the result of successful marketing campaigns).

This recipe only uses a ½ cup of shortening, so I keep a small container of it in my pantry specifically to use in banana bread. The recipe has been so good to me over the years, and I have no desire to fix something that's not broken.

That said, if you'd rather not use shortening, you can swap it out 1:1 with unsalted butter. Butter has slightly higher water content than shortening (which is 100% fat), so you might see slightly less rise in your finished banana bread.

If you use butter, instead of mixing all your ingredients together at once, cream the butter and sugar together until light and fluffy, then add the rest of the ingredients to the bowl.

greasing and flouring your pan

In order to successfully remove your banana bread from your pan after it bakes, you need to grease and flour your pan. Just grease alone won't be enough to keep it from sticking.

Spray the inside and the walls of your 9x4" or 9x5" loaf pan with nonstick spray. (Or drizzle ~1 tablespoon of canola oil in the pan and use a paper towel to brush it against the walls and into all the corners.) Then, scoop 1-2 tablespoon of flour into the pan, and rotate it while tapping it lightly against your hand or the side of your sink until a thin later of flour coats the sides and bottom of the pan. Dump out any excess flour.

Pro-tip 1: Always do this over your sink or a trash can.
Pro-tip 2: Use hot cocoa mix instead of flour for a yummy chocolate exterior.

Tried this recipe?Leave a comment and let us how it was!
« bring this chocolate m&m popcorn to your next bbq
how to roast a whole garlic bulb (your new flavor bff) » 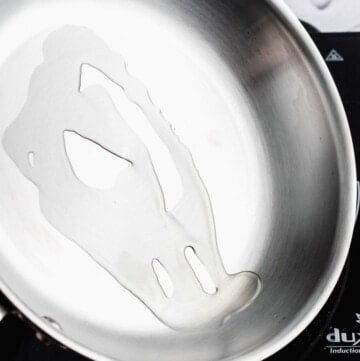 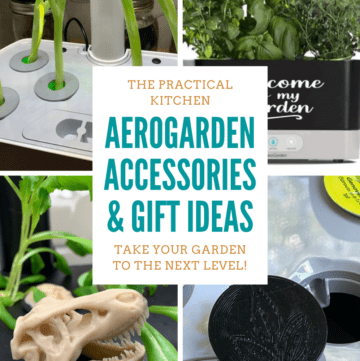