I was so excited about the orange-cardamom ice cream recipe you posted last week, but I don't have an ice cream maker at home and I don't really want to shake a plastic bag for 15 minutes in order to make it, either. I love ice cream and the thought of being able to make it myself is exciting, so I do want to invest in a machine. What's the difference between a cheap bucket-style one and the higher end models, and which one would you recommend?

Sincerely,
Searching For My Maker

Of course, while an ice cream maker isn't required to make ice cream, using one helps keep the key processes of agitation and freezing consistent, which in turn helps ensure your results are as reliable as they are delicious.

HOW TO MAKE ICE CREAM IN A BAG

Now, let's take a closer look at the pros and cons of some of the most popular ice cream maker models:

Pros: Of all three machines featured here, the Nostalgia model makes the largest quantity of ice cream, with a 4 quart yield. The inner bucket doubles as a container for your ice cream, and even comes with a lid. It's also portable and easy to transport, which is great if you want to bring it on a beach vacation or family trip.

Cons: Making ice cream at home with this model can get messy, since it requires you to manually layer ice and salt around the inner bucket. (Ice Cream Salt or Rock Salt is preferred, but I've used plain old table salt before and it's worked just fine.) This model also has more tiny pieces that can get lost or damaged, and just takes up a whole lot of space.

Pros: The KitchenAid ice cream maker requires very little cleanup and takes up a small amount of cupboard real estate compared to other ice cream makers. Unlike most other ice cream makers, the KitchenAid is double-walled, with some sort of freezable solution (I assume saline??) trapped between the two walls. At least 15 hours before you want to make ice cream, you stick the whole thing in your freezer and let the solution freeze solid. You just rinse it out with warm water and dish soap when you're done, and put it away until you're ready to make ice cream again.

Cons: There's no handle on the bowl, which is wide and smooth — which is hard to grip when it's time to transfer the ice cream into a storage container. The attachment that connects the paddle to the rotating mixer head can also be a little fragile; Unlike the other paddle attachments for the mixer which lock into place, the attachment for the ice cream maker paddle simply grips onto the rotating piece on the mixer. If you push too hard, or if you let the machine run too long and the ice cream hardens up too much, the plastic can become brittle and snap. When this happened to us about a year after we got ours, we contacted KitchenAid and they sent us a whole new ice cream maker attachment free of charge. So, TL;DR — get that warranty coverage!

Pros: The Cuisinart ICE-100 is self-freezing, like many of the higher-end ice cream makers, which means you don't need to stick it in the freezer first and you don't need to layer ice and salt inside it. You can also add your mix-ins directly into the bowl of the machine near the end of the ice cream cycle, and the machine will keep your ice cream or gelato cool for an additional 10 minutes when the cycle finishes. However...

Cons: This only makes 1.5 quarts of ice cream!!!!! Both the KitchenAid and the Nostalgia model make more than that, and faster too. Because of the self-freezing function, it takes this model about an hour to produce a batch of ice cream, and the instructions recommend freezing it for an additional 2 hours after that for optimum consistency. While every ice cream making method will require some time in the freezer to fully set after churning, the fact that churning takes an hour would be a dealbreaker for me. Also, a few reviewers noted that this thing makes A LOT of noise.

This technically isn't a machine, but it is an "ice cream maker" so I'm including it here. It works similar to the ice-cream-in-a-bag method, only it's easier to play a game of catch with it. These ice cream balls have two interior containers: one that holds the ice cream mixture, and another that you fill with ice cream salt and ice. You then roll, toss, and shake the ball for about 30 minutes, at the end of which you'll have a pint of ice cream.

Pros: No electricity required.
Cons: Hard to clean, low yield, likely makes a more grainy ice cream, and they're only $10 cheaper than the Nostalgia model. Also, they take longer than the DIY version of this process.

So which ice cream maker is right for you?

If you have a KitchenAid mixer, I'd recommend going with the KitchenAid ice cream maker. It attaches right into the base (or sits on the arms) of your mixer, and the paddle attaches to the existing mixing mechanism. (Note: if you have a 7 or 8 qt mixer, you'll need to get one specific to your mixer size.) It takes up a small amount of counter space and is easy to clean.

If you don't have a KitchenAid, I'd recommend the old-timey Nostalgia ice cream maker. I'm not just making this recommendation based on some light internet research, either — my parents have one of these a models and it works great. In fact, Eater did a side-by-side comparison of ice cream makers at different price points (though the KitchenAid attachment wasn't part of their test), and the cheapest one — an old-timey "nostalgia" bucket-inside-a-bucket one — beat all the others by far.

Good luck, and happy ice cream making. Please report back and let me know which one you chose! 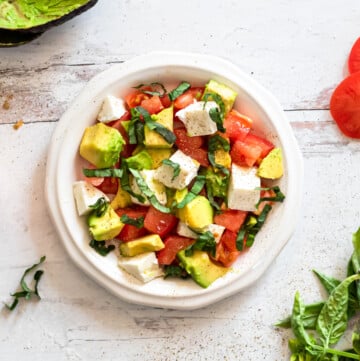 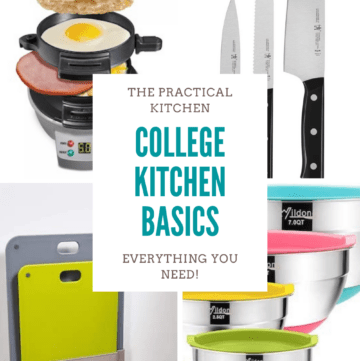