I always thought that making ice cream in a bag meant ending up with grainy, crystalized ice cream that was unpleasant to eat. Then — I actually tried it.

On Instagram last week I ran a quick, informal poll asking folks if they had an ice cream maker at home or were interested in learning how to make ice cream without one. The latter option won with overwhelming numbers. So I wanted to do my due diligence in exploring other options for those of you who don't have the budget or the space or the inclination to buy a whole dang ice cream maker. Because I respect that!

I've heard rumors of this making-ice-cream-in-a-bag method for years. But, it's always seemed like a too-good-to-be-true science fair project — like something that should work, but probably won't, and if it did, it would only be satisfying to a child's palette (no offense to children). Website after website claimed it was possible to make ice cream in a bag — but all the recipes for it made plain ice cream and relied on half-and-half, rather than heavy cream, whole milk, and eggs like the ice cream bases I prefer.

And if I couldn't use my preferred ice cream base, this whole process would get a "no" from me.

So I mixed up my orange-cardamom ice cream base, poured it into a bag, shook it around with some rock salt and ice and...

the science of ice cream in a bag

The agitation is important for keeping the ice crystals that form inside the ice cream base small. The smaller the crystal, the smoother the ice cream. And the salt is crucial to the ice mixture because, well, I'll let The Kitchn explain:

...Ice cream freezes (and melts!) at a lower temperature than water. The sugar and fats in the mix interfere with the formation of ice crystals, and it takes a colder temperature to get the ice cream to really freeze. Therefore, we can’t use straight ice to chill the ice cream base, because the ice will melt before the base gets cold enough.

Salt provides the solution. Similar to [how the sugar affects the formation of ice crystals in the ice cream mixture], salt affects how water freezes and effectively lowers the freezing/melting point of water. Creating a saltwater slush and packing this around our ice cream base allows us to cool the base enough so that it starts to thicken and freeze before the ice melts completely.

— Freezing Science: The Role of Salt in Making Ice Cream

So, in order for the bag method to produce a beautiful, smooth, creamy ice cream, it's crucial that you shake vigorously and repeatedly, without stopping, for a full 10-15 minutes, and that you have enough ice and salt packed around the base to prevent the ice from melting before you're done shaking.

If you just gently shake the base around, or your movements are too slow, you'll still end up with ice cream, but it will be less smooth because larger ice crystals will have formed.

first, prepare your ice cream base and let it chill overnight

The brilliant thing about this method of making ice cream is that, theoretically, it should work with any ice cream base you use. Like I said, I prefer an egg-based sweet cream base because it produces a really creamy, rich ice cream. But if you prefer an eggless ice cream base, or one of the half-and-half ones, this process should work all the same — though I obviously can't speak to the consistency of the results firsthand.

Regardless of what ice cream base recipe you use, you'll want to chill it overnight. Getting the temperature of the ice cream base as low as possible as quickly as possible is key to forming smooth ice cream (that's why ice cream made with liquid nitrogen is so smooth!), and if you use a lukewarm or room temp ice cream base, you might end up having to shake it for 15 minutes or longer before it starts firming up.

Whatever ice cream base recipe you use, look for one with a 1 pint/half-quart yield. The ice cream base will only take up about ⅓ to ½ of your bag at first, but will expand as it firms up.

The next day, assemble all your necessary tools on the counter. You need to work quickly here, so you don't want to be digging around in a drawer for a bag or a dish towel once you get started.

Pour the chilled ice cream base into one of the quart-sized ziplock bag, put that bag inside the other quart-sized ziplock bag. Then, start layering ice and a generous amount of ice cream salt in the bottom of the gallon bag. When it's about ⅓ of the way filled, put the double-bagged ice cream base in the center and continue layering ice and salt around it. Fill the bag to the top — you want it to be completely full, but not so full that you're struggling to seal it.

I had a vague memory of hearing that the ratio of ice cubes to salt would change the texture of your ice cream, but nothing I turned up on Google seemed to confirm this, so I just made sure I was generous with my ice and my salt (3-5 tablespoons of salt per layer of ice cubes, if I had to put an estimate to it) and hoped for the best.

Instead of using your bare hands to vigorously shake this huge bag of rapidly melting ice and salt for 15 minutes straight, loosely wrap the bag inside a large dish towel and use the towel to help rock and shake the bag for 15 minutes against the counter, or like a bowling ball in that scene from The Big Lebowski.

Every 3-4 minutes, check to make sure the bag with the ice cream mixture is still in the center of the ice and salt — if it isn't, flip the bag over and resume the shaking and rocking.

After about 10 minutes of shaking and rocking, start checking to see if the ice cream base has firmed up. Use your finger to push some of the ice out of the way and poke at the bag of ice cream base. If it isn't, keep shaking for another minute or so and check again. If it's firm... YOUR ICE CREAM IS DONE.

Pro-tip #1: Open the bags inside a sink or tub. Speaking from experience, in your excitement you may forget that the gallon bag is filled with water and, left unattended, will spill all over your counter.

Check the flavor and texture of your ice cream. The texture, at first, will look grainy and a little curdled, but once you move it to a container and stir it a few times, it should smooth out.

Pro-tip #2: To ensure you get ALL your delicious ice cream out of the bag, don't do what I did and use a scissor to cut down one side of it. Instead, cut a generous corner off the bottom of the bag (or open the zipper about 1-2 inches on one side) and squeeze the ice cream out like it's a piping bag.

After transferring your ice cream to a container and stirring a few times to smooth it out, let it chill for a couple hours before adding a hot fudge swirl, and then let it chill several hours more before trying it. As the temperature continues to drop, the ice cream will harden, developing that ice cream consistency you know and love.

If you're planning on adding any mix-ins like chocolate chips, make sure you freeze them at least 20 minutes before adding them. If they're not frozen, they'll melt the already soft ice cream when they make contact and will sink to the bottom.

For more on how to add the hot fudge swirl, head back to the orange-cardamom ice cream post.

ice cream machine vs. ice cream in a bag

After giving the ice cream in a bag time to set up overnight, I did a side-by-side with the machine-made ice cream and, honestly? The differences between the two are negligible.

The only real difference I can pinpoint is that the bag-made ice cream leaves a bit of a gritty residue on your spoon, but that grittiness in no way shows up in the texture of the ice cream itself.

If you don't have an ice cream maker, aren't planning on ever getting one, need something to keep your kids busy for a while, or want to show off a fun party trick on a weekend getaway, this gets a thumbs up from me. Try making ice cream in a bag! It's delicious and totally, shockingly, works.

Ice Cream Salt is exactly the same thing as rock salt. Yep, the same stuff that lowers the melting point of ice on the roads in the winter. So theoretically, if you've got a bag of that in your garage you could go ahead and use that, no need to buy specific ice cream salt. In a pinch, even a very, very liberal application of regular kosher salt will do the trick.

The salt doesn't go in your ice cream, so it's not like it really matters if it's safe for human consumption, but there is some vigorous debate online as to whether or not ice cream salt goes through an extra purification process to make it food-grade, just in case it happens to make contact with your ice cream. 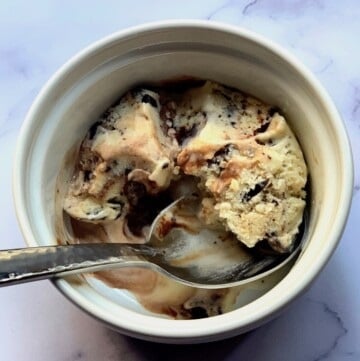 how to make ice cream in a bag

Rebecca Eisenberg
This DIY ice cream making process requires absolutely zero machinery and works with any ice cream base of your choosing. Remember to chill your ice cream base overnight before churning, always double-seal your inner ziplock bag, and don’t worry if it looks curdled right after churning — give it a mix and let it set up in the freezer. As it chills, it’ll reach that ice cream consistency you know and love.
5 from 1 vote
Print Recipe Pin Recipe Save Saved! E-mail
Course Dessert
Cuisine American
Servings 1 pint 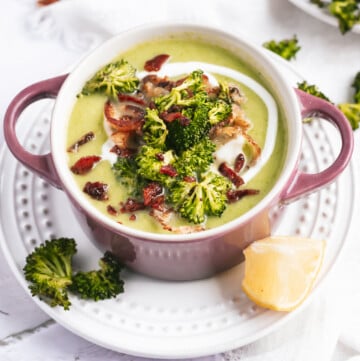 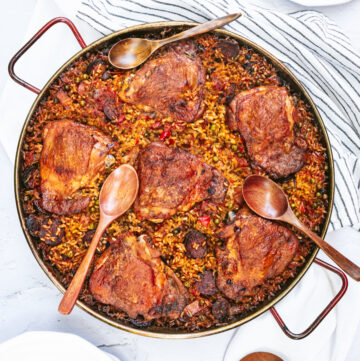