"Do you prefer physical or digital cookbooks?" is an incredibly divisive question amongst home cooks. I generally prefer hard copies because I like making notes in the margins. But lately, in an attempt to cut down on non-essential deliveries, I've been perusing the Kindle and Apple Books stores to look for digital cookbooks to download.

It might not be my ideal way to use a cookbook, but it's also a lot better than I expected — particularly in the Kindle app for the iPad, which handles pictures and images far better than Apple books does.

Here's the same page from the new edition of Joy of Cooking in Apple Books and Kindle for comparison:

Downloading digital cookbooks means I can start using the recipes right away and it's one fewer thing another human being has to handle and deliver just because I asked for it.

When downloading, I've found I seek out more cover-to-cover style cookbooks and actually read them, rather than just skimming through for brightly colored recipes that catch my eye.

Reading on my iPad helps me slow down and read through recipes before I'm standing in the kitchen ready to bake. And it turns out you learn a lot about the ingredients and techniques and the hows and whys of a recipe by reading the rest of the book than if you just follow the recipe on its own! Who knew? (Everyone knew.)

Oh, and, many libraries have digital libraries that you can access with your library card so if you don't want to go the Amazon/Apple Books route you can always check and see if your library offers cookbooks through its eReader program!

What to look for in good digital cookbooks:

If you're not sure if a cookbook is right for your or a good fit for an eReader, you can always download a sample of it before buying to scope it out.

In no particular order, here are some of my favorite digital cookbooks:

If you're one of the seemingly thousands of people who's begun the process of making your own sourdough starter, the Tartine Bread book is basically your new bible. It's an in-depth, step-by-step guide to creating Tartine's classic sourdough country loaf, as well as ways to adapt the recipe to use other flours and flavors to make everything from pizza to baguettes to brioche. You'll come away from it understanding the difference between leavan (or levain), poolish, and mature starter, how to speed up or slow down your fermenting times, and just how resilient and versatile sourdough starter can be.

Samin Nosrat's Salt Fat Acid Heat is truly a cover-to-cover kind of cookbook. And while I know that sounds intimidating (it took me a good 6 months to work up the courage to crack it open) the illustrations make following Nosrat’s instructions and discoveries a breeze. Nosrat's enthusiasm for all things food, her delight at her own discoveries, at what she's learned throughout her cooking journey is palpable even on a small screen. It's more like a friendly, colorful guide book for your kitchen, rather than a cookbook, which makes it ideal reading on an iPad or Kindle.

Even if you never make a recipe straight from the book, the straightforward explanations will transform your entire approach to food, teaching you how to apply simple, restaurant-level techniques to elevate your everyday cooking.

If you need a good cookbook with thousands of handy recipes for drinks to salads to sides to entrees and desserts, paired with helpful illustrations, and easy-to-follow explanations, Joy of Cooking has you covered. The recipes themselves are refreshingly brief for the most part — in the physical copy of the book some pages fit up to half a dozen recipes — so you get a ton of options all in one place.

The brevity of the recipes makes them a strangely perfect fit for reading on the small screen of an iPhone (though a tablet device is obviously preferable). While the bulk of the book contains straightforward recipes, it is worth pausing to read the lengthier explainers and technique breakdowns in between.

For a scientific approach to cooking, look no further than J. Kenji Lopez-Alt’s The Food Lab. Part visual textbook, part cookbook, Lopez-Alt shines a spotlight on the science behind many popular recipes and techniques, explaining how to get the creamiest mac & cheese, crispiest fried chicken, and two-minute foolproof hollandaise. If you want a cookbook that can tell you both what kind of knives you need AND how to sharpen those knives AND how to make a delicate bright green pesto, this is the book for you.

Understanding that there are multiple ways to make the same dish and when and why to use certain methods has been hugely helpful to my own cooking journey. Throughout the book Lopez-Alt helpfully walks you through his recipe development process accompanied by big glossy photos and charts which have been well formatted for the Kindle app. It's just as fun to read when you're not cooking as it is when you are, and no collection of digital cookbooks is complete without it.

Okay, this isn't a cookbook, and I know this is supposed to be a list of digital cookbooks, but did you know you can subscribe to a digital version of Bon Appetit on your Kindle? That means fresh new recipes and articles every month, delivered straight your device.

Bon Appetit's editor at large Carla Lalli Music's debut cookbook is the epitome of practical cooking. The book is broken down into three parts: The Strategy, The Techniques, and The Recipes. She begins by explaining her grocery shopping and pantry philosophy before demonstrating a handful of basic cooking techniques and how to apply them to a variety of ingredients. She then uses those techniques in recipes throughout the book. Each recipe is accompanied by a list of "ingredient swaps" to help you take the same recipe and adapt it based on the season or what you happen to get in your CSA box that week.

Oh and one other perk of owning this as a digital cookbook instead of a physical one? No need to worry about losing the pretty pink half-dust jacket.

Deb is the OG of food bloggers, and you really can’t go wrong with her recipes. From ingenious shortcuts for making fall-off-the-bone ribs without a grill, to a formula for making the best birthday cake that can be scaled up or down as needed, to vegetable mains and entrees kids and adults alike will love, this cookbook has a little bit of everything for everyone. Unlike some of the other books on the list, this one is mostly recipes — not a lot of reading up on technique here — but I'm including it because the Kindle edition often goes on sale and it definitely deserves a spot in your collection of digital cookbooks.

I was torn about whether or not to include this here because I love the hard cover version so much and it looks really pretty on a bookshelf. But the kindle version is just as gorgeous and easy to use. Indian-ish completely changed the way I think of vegetarian food, and of making Indian food. You won't find chicken tikka masala here — the focus is on the kinds of food Priya's mom actually made for her growing up — so it's full of quick and easy weeknight recipes that just happen to use Indian flavors and seasoning.

There's a handy photo glossary to help make the ingredients easy to find, and the meals are so hearty and satisfying that even the most carnivorous of meat eaters won’t feel like their meal is missing meat. Most of the recipes use a lot of the same ingredients and flavors, which is perfect for when you want some variety but have limited pantry items.

9. A Super Upsetting Cookbook About Sandwiches

This cookbook isn't just filled with creative, inventive sandwich recipes written by Tyler Kord, the "pretty good chef" behind No. 7 and No. 7 Sub, it's also just straight up funny. Here's an excerpt from the recipe for roast beef:

"Rub it all over the beef like you want to spend the rest of your life with that beef and no other beef (but don’t make any promises to that beef or it will wind up hating you for the rest of its life). At this point it would be best to put that beef in a container and let it hang in the refrigerator overnight. But you’re impulsive and want to eat beef now. Okay, well then cook it, don’t be afraid; your parents always knew you were impulsive."

With sandwich names like "chutzpah express," "this is a chicken sandwich," and "positive mental attitude" it's exactly the kind of cookbook I needed right now. The essays and observations peppered between recipes for variations on mayos, sandwich toppings, and meatloaf (the meat and the singer) had me laughing out loud, even as I was mentally planning my next grocery order. Spending time in the kitchen should be fun, and this book makes having fun just as important as making great food.

Not to be confused with Salt Fat Acid Heat, Ken Forkish's bread-centric book is an excellent high-level intro to bread making great for anyone eager to learn the basics in depth.

Unlike Tartine Bread, which focuses almost exclusively on sourdough with the most emphasis on replicating Tartine's famous country loaf, Flour Water Salt Yeast takes a slightly different and more scientific approach, categorizing recipes based on technique and method of leavening — with recipes moving from basic to advanced in each category. Where Tartine walks you through specific processes from start to finish with small variations included for each, SFAH gives you all the information you need to follow the process, but still leaves some decisions to you, making it feel almost like a choose-your-own-adventure book at times.

All of the recipes are made without a stand mixer, and require long, slow rising times, but if it's an intro to artisan breads and pizzas you want, you can't go wrong here.

If you're looking for a beginner's primer on all things pasta, start here. Before diving into pasta-from-scratch and some of his best pasta recipes (some of which require store-bought pastas), Beard breaks down the differences between commercial and handmade pasta, what to look for in a quality commercial pasta, the basics of pasta cooking, how to determine what a "serving" of pasta is, and the tools you need versus the tools that are nice to have when making pasta at home.

Every pasta dough in this book — from udon to spätzle to your basic egg dough — can be made using all purpose flour. Beard also includes instructions for making the dough by hand, in a food processor, and with a mixer, which means anyone can give them a try. Because when you're trying something new, it's always nice to work with something familiar.

Of course there are many other digital cookbooks that deserve to be included on this list (and I'll update accordingly as I add to my collection) but these are just ones that I've actually downloaded, read, and used myself.

If there's a cookbook you feel should be added to the list let me know in the comments and I'll check it out!

For more product recommendations from The Practical Kitchen click here. 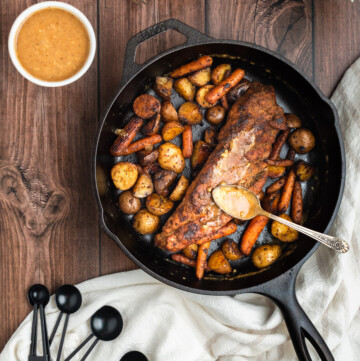 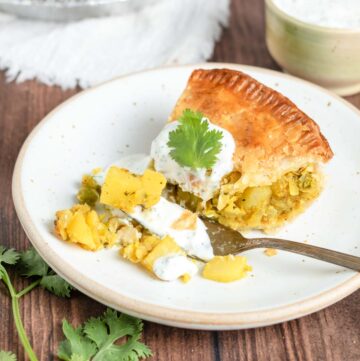