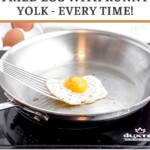 A perfectly fried egg, should have a bright, slightly crispy-edged egg white and a thick, runny egg yolk that bursts when you cut into it with the side of your fork.

This sunny side up fried egg technique is a bit unconventional — some people hate it (they're sticklers for tradition), some people love it. But you absolutely cannot argue with these results!

🍳 Who This Technique is For

Frying eggs is one of those cooking skills that is both super easy and also very technically complex. It all depends on how precise you want your results to be.

This fried egg technique is for anyone who will accept nothing less than the perfect fried egg with soft yolk — the kind that bursts with golden yellow goodness at the slightest pressure from your fork.

I'm actually not that picky about my fried eggs — mostly I use the low-and-slow technique I shared in my paprika fried egg recipe. The traditional culinary school method of frying eggs also involves a low, slow heat to get that fried egg emoji 🍳 look (no browning around the edges). But even those methods can sometimes results in an egg yolk that has cooked through slightly on the bottom.

Which, honestly, I'm fine with. But Jimmy is far, far pickier about what his ideal sunny side up runny egg yolk should look like. The eggs have to be cooked, but still completely runny.

Jimmy eats his fried egg, toast, and bacon breakfasts in a very specific order. First he cuts the white away from the yolk with near-surgical precision, then he assembles an egg white and bacon sandwich before finally bursting the soft egg yolks with a slice of toast, which he uses to mop up all the golden goodness. He enjoys this ritual.

So if achieving the perfectly runny fried egg yolk is very important to you, you're going to want to give this method a try. It is a little bit extra, I'll admit.

So how does it work? Let's get to it!

🔪 How To Get A Runny Egg Yolk Every Time

Instead of cracking the egg directly into the pan, you're going to first separate the yolk from the white. Set the yolk aside in the egg shell or a small bowl. Make sure the yolk doesn't break! If it breaks, you'll need a new egg.

Heat the pan, then heat a small amount of oil on the surface until it starts to shimmer. Make sure there's enough oil to fully coat the surface of the pan.

Gently tip the egg white into the pan and cook until it's opaque and mostly set. It's okay if there's still a little bit of uncooked egg white on top, as long as it's mostly set and cooked through.

Then, carefully add the yolk back into the pan on top of the white. Cook a few minutes longer, just so it's not completely raw and has set in place on the white.

To tell when the yolk has attached to the white, look at the edges of the yolk. When you first tip it onto the white it will be very round and have edges that curve under. As it settles and warms up the edges will slope outwards instead of curving under. You can also tilt the pan slightly — if the yolk stays put, it's done.

This method also gives you two opportunities to season your egg: Season the white in the pan with a pinch of salt and pepper while it cooks, then sprinkle another pinch over the egg yolk once you add it to the white.

You can also add any other seasonings (like paprika, za'atar, berbere, harissa, or everything bagel topping) to the egg white before adding the yolk.

Use a thin, flexible spatula — like a fish turner spatula — to carefully remove the egg from the skillet without damaging the edges.

Here's what you'll need to use this perfectly runny egg yolk technique:

Can I get rid of the watery parts of the egg white?

Crack the egg over a small wire mesh strainer set over a small bowl. This will strain out the watery bits of the egg white that tend to spread out everywhere in the pan. Don't let the white sit in the strainer for too long or the wires will start cutting through the delicate white.

Does it matter what kind of pan I use to fry eggs?

Non-stick pans are great for frying eggs. They're not meant to be used over high heat, and egg frying is a low, slow cooking process.

You can also use stainless steel or cast iron pans for fried eggs. Just make sure to heat the pan before adding oil and wait for the oil to shimmer and coat the entire bottom of the pan before adding the egg. A room temperature egg will also be less likely to stick to a properly heated stainless steel or cast iron pan because it won't cool the surface of the pan on contact.

What kind of fried egg is this?

How can you tell if the egg yolk has overcooked?

As the egg yolk thickens it will start to change shape and color. Some spotty discoloration as the yolk heats up is normal, but if the yolk starts turning pale yellow, you've gone too far. There will always be some carryover cooking, so if you're unsure, turn the burner off or remove the egg from the pan and let the egg sit for a minute or two before serving. This is a low, slow cooking method so as long as you don't wander away from the stove, you should be able to pull the egg off the heat before the yolk completely cooks through.

There are a lot of variables to answering this question, but generally yes. If you're serving runny or soft cooked eggs, pasteurized eggs are the safest option. These are a bit harder to find. According to the official Egg Safety Center, egg yolks coagulate and thicken between 144-158°F and fried eggs should "cook until whites are completely set, and the yolks begin to thicken but are not hard." This is why it's important to wait for the egg yolk to adhere to the egg white when using this cooking method — when the yolk doesn't move on top of the white, that means the yolk has warmed up and started to thicken but is still liquid inside. You don't want a pure raw, uncooked egg yolk on your egg.

What is the egg white called?

The technical name for the egg white is the albumen.

Click here to add your own private notes. Only you can see these.
Tried this recipe?Leave a comment and let me how it was!
BreakfastCooking TipsUnder 30 Minutes
« Perfect Homemade Cold Brew French Press Coffee
Simple Tomato Curry Chicken » 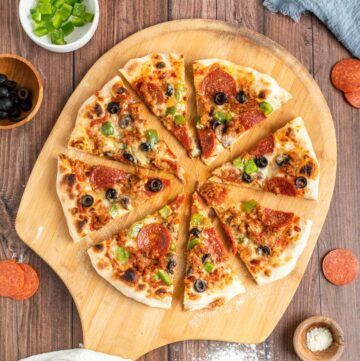 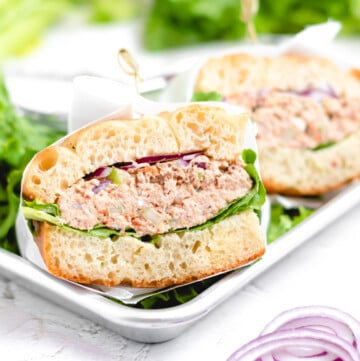