Not since the success of chex mix chicken tenders has a dish has garnered as much triumphant excitement in my kitchen as this one-skillet cacio e pepe rigatoni.

If you don't know what cacio e pepe is, it's an Italian pasta dish whose name translates literally as "cheese and pepper." (I can never quite pronounce it right, so click here to hear the correct pronunciation).

So yes, cacio e pepe is a cheesy, peppery pasta — like a very fancy kind of mac and cheese. It's so, so good and just extremely comforting to eat on those nights when you just can't be bothered to make something with more than 4 ingredients.

Traditional cacio e pepe is one of those so-simple-it's-complicated pasta dishes where everything needs to be done just right. Done correctly, the pecorino romano cheese and starchy pasta water form a velvety sauce that evenly coats the noodles.

Do even a single step incorrectly, however, and the pecorino cheese clumps up, creating a stringy and unappetizing mess.

Personally, I have very little patience for dishes that require that level of precision. I respect the heck out of the finesse and technique and anyone who can pull them off, and I will gladly order those dishes in restaurants.

But when I'm cooking at home on a regular weeknight, I don't find it enjoyable to chase perfection. I want reliability and I want room for error.

As we were packing up our apartment to move last month, I found myself making a lot of those one-skillet pasta dishes where you add just enough water that it absorbs into the pasta or evaporates by the time the noodles are done cooking.

Mostly I made variations on this Martha Stewart genius recipe, but as we ran out of tomatoes and basil I began combing through the fridge to see what else I could work with. The end of a wedge of pecorino romano and small block of parmesan cheese caught my eye.

What about one-skillet cacio e pepe? a little voice whispered in my head. Jimmy had made cacio e pepe the traditional way a few times before (with moderate success) so we put our heads together and came up with a recipe we thought might work.

Would the cheese clump up if we added it at the beginning? Would the cheese prevent the pasta from absorbing the water? Would we end up with a silky sauce or a sticky mess?

The only way to find out was to give it a try.

I am so pleased to report that even our very first attempt at one-skillet cacio e pepe worked beautifully. That's how foolproof this recipe is. We were elated.

There were a few moments of panic where it looked like maybe the cheese wouldn't melt or that the water wouldn't absorb, but in the end, it worked perfectly. And that's that on trying new things in the kitchen even when you aren't sure how they'll go!

Blooming the pepper in the butter before you add the pasta to the pan helps the pepper flavor absorb into the noodles so there's a bit of a peppery kick, but it's evenly distributed rather than just when you bite into a chunk of peppercorn.

The pasta cooks to a perfect al dente texture, and the blend of cheeses melts and combines with the starchy pasta water forming a silky, cheesy sauce that evenly coats the noodles.

Like I said, I have little patience for finicky recipes that require perfection. When I want a one-skillet recipe, I want something foolproof. And the method we settled on for this one-skillet cacio e pepe is basically that.

It may not be perfectly traditional, but it requires very little perfection to make a cheesy, peppery pasta dish that's nothing short of perfect.

Click here to add your own private notes. Only you can see these.
Tried this recipe?Leave a comment and let me how it was!
« cinnamon fruit salad with chocolate chips and walnuts
basic overnight pizza dough (with baking steel instructions) » 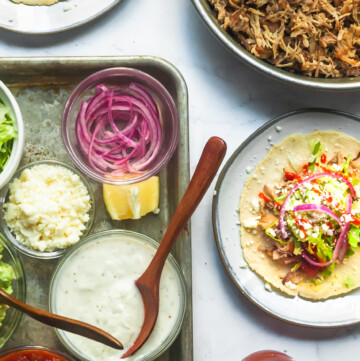 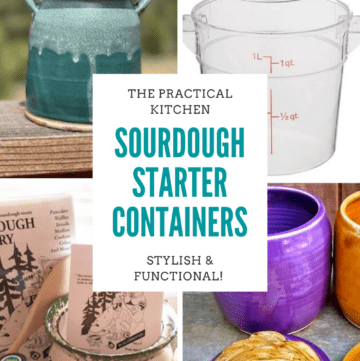 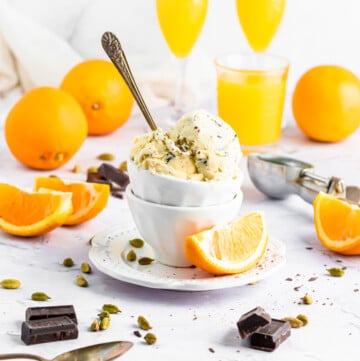